Scott Hourcade is a physical therapy assistant in the greater New Orleans area. For 17 years, he’s helped clients with a range of different diagnoses rehabilitate their bodies. This April, he decided to rehabilitate his own. 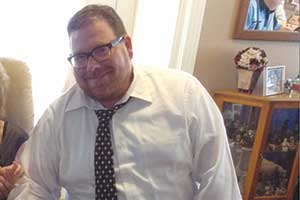 Scott Hourcade is a physical therapy assistant in the greater New Orleans area. For 17 years, he’s helped clients with a range of different diagnoses rehabilitate their bodies. This April, he decided to rehabilitate his own. “I quit smoking in 2005, and Katrina hit, and I put on a lot of weight,” said Scott. “I really didn’t want to go back to smoking. I continued to exercise, but it wasn’t enough.” He continued to gain weight gradually, at the rate of about 15 pounds a year. 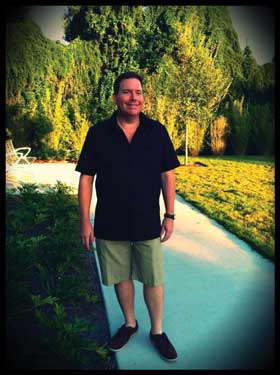 This spring, Scott saw a picture of himself. “It hit me really hard,” he said. When boarding a plane, he remembered, “I felt like I was one of those people who nobody wants to sit next to.” That was when he decided to make a change. A cousin had had great success with a 24-day weight loss challenge, so Scott started the same program. “I’m not big on diets and gimmicks, but it gave me the structure I needed to lose the weight,” he said. As of October 2013, Scott had lost 55 pounds through a healthier diet, cardio and weight training, and plans to lose 20 more.

KEY TO SUCCESS
Portion control. “I cook pretty much all my food for the week in one day and portion it out,” said Scott. “That way when you get hungry, you have what you need to eat in front of you.”

ADVICE TO PEOPLE
“Make a decision and stick to it. Try not to give up on it because it’s slow.”

TEMPTATIONS
Though Scott now makes a “really good baked salmon” that’s easy to portion out, he recognizes that New Orleans is a difficult place to eat healthy. “I’m a good Creole cook and a foodie, and I miss the good stuff that we eat here,” he said.

PAYOFF OF LIVING WELL
“I’m 41 and I feel like I’m in my late 20s,” said Scott. “A lot of people are picking my brain to find out what I’ve done. I’m getting a lot of motivation just from people noticing.”