To look at Lisa Powers now, you’d never imagine that just more than two years ago, she was struggling with obesity.


To look at Lisa Powers now, you’d never imagine that just more than two years ago, she was struggling with obesity. “I was 5-foot-4-inches and 205 pounds,” says Lisa, a health and physical education teacher at a middle school. “I literally almost quit teaching, because I felt I was just a hypocrite.” 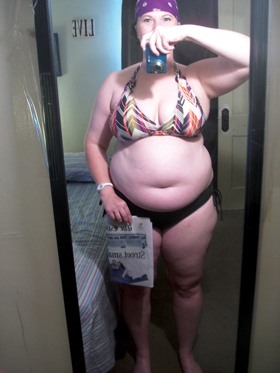 In August 2011, Lisa decided she couldn’t go through another school year overweight. She began working out with an online trainer, and, despite the multiple injuries she sustained during the subsequent six months, she remained determined. “The pain of all that was far less than the pain of being obese,” she says.

A year and a lot of hard work later, Lisa won $10,000 in a transformation challenge competition. She had lost 70 pounds and gone from a size 10 to a size four—but to Lisa, it wasn’t about the numbers. It was more about her sense of accomplishment and taking pride in being a role model to her students. “That was when I became who I had always wanted to be,” she says.

Now, Lisa has a Facebook fan page where she hopes to inspire and encourage others to follow in her footsteps. “I want them to look at me and think, ‘If she can do it, I can do it,’” she says. To keep herself motivated, she’s begun entering figure competitions. 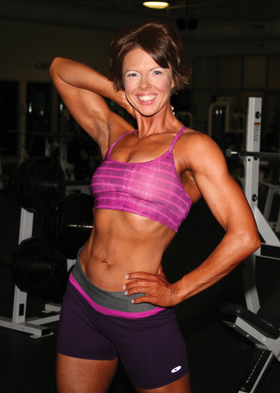 KEYS TO SUCCESS
Accountability, consistency and patience. Adherence to a meal plan also helped. “I needed somebody else to be watching my progress,” she says. “I needed a support system,since I didn’t have that. I didn’t use any crazy shakes or pills, or fat burners. It’s taken me two years to get to where I am right now. I didn’t put a time frame on it.”

ADVICE TO READERS
“My absolute No. 1 advice is to focus on daily habits,” Lisa says. “Prepping your food for the week, packing your gym bag every night … getting your workout in and getting good sleep. If I did those things, I could just focus [on] one day at a time and other things would happen.”

TEMPTATIONS
“I love food—there is literally nothing I don’t like,” Lisa says with a laugh, explaining that she carefully plans for indulgences, picking her moments and watching her portions. “I don’t indulge in every single thing that’s placed in front of me. I don’t let anyone put pressure on me to eat. The food will always be there.”

PAYOFF OF LIVING WELL
Along with being a great example to her students, Lisa is thrilled to share her story with others struggling with their health. She regularly posts inspiration updates, tips and tricks on her Facebook page. “I just want people to know that anything is possible,” she adds.