Most people count themselves unlucky to get cancer once. 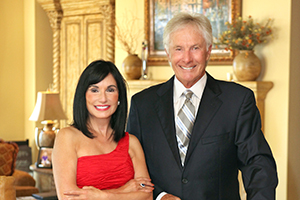 Most people count themselves unlucky to get cancer once. New Orleanian Kim Sport has had it three times; her husband, Mike, is also a survivor.

Sport’s first diagnosis came in 2001, when she found a lump in her breast. After a lumpectomy, six excruciating rounds of chemotherapy and radiation, she “thought all was well.” But the year after she finished her radiation therapy, Mike was diagnosed with prostate cancer. He underwent radioactive seed implantation therapy, with excellent results.

In 2008, Sport’s annual PET scan revealed a different primary cancer in the same breast. Knowing radiation wasn’t an option the second time around, she underwent a bilateral mastectomy and immediate reconstruction.

After having twice overcome breast cancer, Sport was diagnosed with thyroid cancer in 2009. She was hospitalized in isolation while she underwent radiofrequency ablation therapy, and had a thyroidectomy.

Upon discovering that seven of 10 breast cancer patients were not fully aware of their options for reconstruction, Sport worked with the Louisiana State Board of Medical Examiners to create an informational brochure that physicians are required to give to every woman diagnosed with breast cancer.

In 2011, she founded Breastoration, a nonprofit to educate women about their rights and options during and after breast cancer treatment.

Despite facing uncertain medical outcomes, Sport relied on her level-headedness to get her through. “The most important thing about treating cancer is that you have faith in the decisions you’ve made about your care,” said Sport.