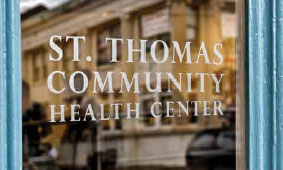 Louisiana remains the state with the highest HIV infection rates, and New Orleans one of the highest-ranking cities for HIV and AIDS in the nation each year. However, there is hope. PrEP, the latest breakthrough in HIV prevention, can reduce the risk of HIV infection by up to 92 percent. The problem is that many people are still unfamiliar with the drug that has the potential to change our state’s ranking.

A new campaign, called We PrEP Together, aims to reduce the stigma of HIV-related health services by providing confidential, convenient and affordable medical care to those at risk in the region. This new initiative is backed by St. Thomas Community Health Center, with five locations across the city offering the medication. We PrEP together is working to raise awareness among at-risk groups that HIV is preventable by simply taking one pill every day.

PrEP stands for pre-exposure prophylaxis. It is a relatively new prevention method for people who are HIV-negative. When taken daily, the medication can reduce the risk of HIV infection. St. Thomas also offers financial assistance programs for those who are unable to cover the cost — including co-pay assistance and plans that even pay 100 percent. wepreptogether.com, stthomaschc.org.