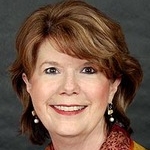 Dr. Fontham's major area of research is cancer epidemiology with a focus on the etiology of tobacco- and diet-related cancers. She has made significant contributions in establishing the risk of lung cancer associated with involuntary exposure to tobacco smoke. She was an author of the first U.S. case-control study of lung cancer reporting an increased risk of lung cancer in nonsmokers passively exposed to tobacco. Subsequently she led the largest study of lung cancer in nonsmoking women, a U.S. multi-center study that provided critical information on the association between passive smoking and lung cancer risk. Dr. Fontham has also published extensively on premalignant lesions leading to gastric cancer, modifiable factors associated with progression, and chemoprevention of this cancer.

Dr. Fontham has served as a member of the NCI Board of Scientific Counselors. She was Treasurer and member of the Board of Directors of the American College of Epidemiology of which she is a Fellow. She was a member of the inaugural Editorial Board of Cancer Epidemiology Biomarkers and Prevention, Chairman of the Scientific Editorial Board of the North American Association of Central Cancer Registries and has been a co-author of both the Surgeon General s Report and International Agency for Cancer Research Carcinogenesis Monograph series. She is recipient of the C.L. Brown Award for Leadership Excellence in Tobacco Prevention, the Leadership and Distinguished Service Award of the American College of Epidemiology, and the Pfizer Award for Excellence in Research, Education and Patient Care.

Dr. Fontham is a long time active volunteer in the American Cancer Society at the local, division and national levels. She has served as President of the Greater New Orleans Unit Board, Chairman of the Board of the Mid-South Division, and is a member of the ACS National Board of Directors and National Assembly. She is currently 2nd Vice President of the National Board of Directors. She was a member of the ACS Cancer Action Network Board of Directors and has served on many ACS committees. She currently chairs the national Research and Medical Affairs Committee. Other current committee/workgroup memberships include Reduction of Cancer Incidence and Mortality Committee, Advocacy and Public Policy Committee, Research Advisory Workgroup, and International Affairs Advisory Committee. She is a recipient of the ACS Capitol Dome Award and the St. George Medal as well as Life Saver Awards from both her unit and division.

Dr. Fontham and her husband Mike live in New Orleans LA and are the parents of Jack and Michelle and three grandchildren.