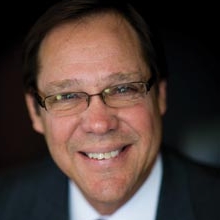 Mike Reitz is the president and chief executive officer of Blue Cross and Blue Shield of Louisiana (BCBSLA), the largest locally-owned health insurance company in the state with 1.2 million members. In this role, he is responsible for overseeing all aspects of the company’s operations, including its eight regional offices and 1,700 employees. He is also responsible for setting corporate goals and developing corporate strategy with the Board of Directors and senior management.

Prior to assuming the position of president and chief executive officer in 2009, Reitz served as the company’s interim leader for a seven-month period. Before taking on this interim role, he was the company’s senior vice president and chief marketing officer from 2000 to 2009. He provided strategic direction for the Marketing Division, overseeing group and individual product marketing efforts and Corporate Communications.

In addition to his current management and leadership responsibilities at BCBSLA, Reitz is focused on educating members about the rising costs of healthcare. A strong advocate of healthcare reform, Reitz has traveled across the state to educate business leaders, members, the media and the general public about the importance of holding down healthcare costs and making health insurance more affordable.

Under his guidance, BCBSLA has also taken a proactive role in promoting wellness to members. The company has invested in new wellness tools and programs designed to keep members healthier and hold down their medical costs. BCBSLA was the first health insurer in the state to address these issues and to challenge others to be part of the solution. Reitz has also been a driving force behind the company’s innovative Louisiana 2 Step program, launched in 2007 to address the state’s high obesity rankings with a simple equation for healthier lifestyles: encouraging Louisianians to eat right and move more.

In spite of a recession and an economic downturn, BCBSLA saw a gain in membership in 2009 under Reitz’s leadership. The company’s membership now stands at nearly 1.2 million members, representing one out of every four Louisianians. In 2009, its 75th anniversary year, Blue Cross also saw growth in its emergency reserves fund and received its 13th consecutive “A” ranking from Standard & Poor’s for financial strength. The company also received a Brand Excellence Award in Membership Retention in 2009, and under Reitz’s marketing leadership, it has consistently ranked high in the Blue Cross and Blue Shield Association’s member retention ratings over the years.

A community leader, Reitz currently serves on the board of directors of GNO, Inc., the Baton Rouge Area Chamber of Commerce and BluePrint Louisiana. He also chaired the Louisiana March of Dimes’ 2010 March for Babies. Reitz sits on the board of the Louisiana Department of Insurance, where he serves on a Task Force for the Working Uninsured in the state. As president and chief executive officer of Blue Cross and Blue Shield of Louisiana, Reitz sits on the board of the Blue Cross and Blue Shield Association, which represents 39 independent health insurance plans across the country.

Reitz’s commitment to our great state starts close to home. A Louisiana native, he received his undergraduate degree from Louisiana State University.