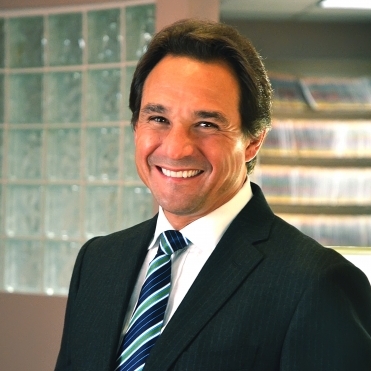 Dr. Eric R. George grew up in West Virginia and graduated from university with a double-major in chemistry and political science. After being accepted to both medical school and law school, he decided to become a medical doctor and was trained in orthopedic hand surgery.[1] He graduated from Marshall University's School of Medicine in 1989, completed his residency in general trauma surgery at Michigan State University, and held fellowships at the Mayo Clinic as well as the Grand Rapids Area Medical Education Center in reconstructive surgery.[2] He is currently a Clinical Associate Professor of Surgery in the Division of Plastic & Reconstructive Surgery at the Louisiana State University School of Medicine.[3] George has published articles in academic journals including Plastic and Reconstructive Surgery[4] and The American Surgeon.[5]

George founded the Omega Hospital in New Orleans, Louisiana as a "luxury hospital" in 1999, with "the patient rooms (which are private) are stocked with plush robes, flat-screen TVs, a minibar and a microwave" according to New Orleans Living Magazine. The facility was first founded as a breast cancer operations center. George also owns and runs the Hand Center of Louisiana, where he is an active surgeon.[1] At his facility he also utilizes non-invasive treatment methods that do not require invasive surgery, such as the use of xiaflex enzymes to erode inhibitive tissue build-ups like Dupuytren's contracture.